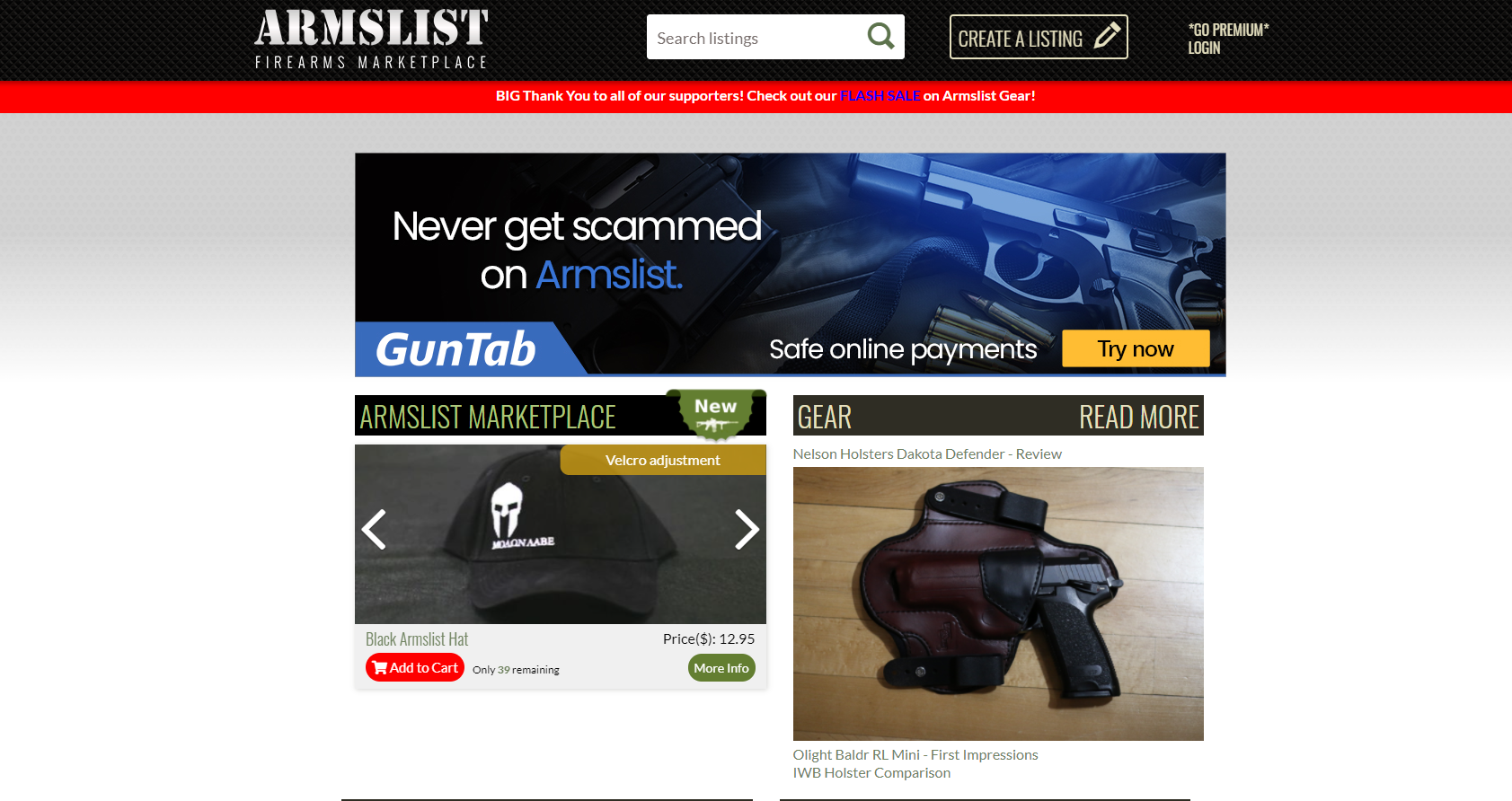 Section 230 of the Communications Decency Act affects how tech platforms are used and what is allowed on social media. This piece of legislation has been routinely targeted by Republicans in recent years and the reason they aimed to change it was to open up social media by threatening to remove certain protections they were granted through the legislation. Now Democrats are targeting it for change as a means of stopping gun sales.

From the Feinstein’s Office:

“It’s time to start holding accountable those who turn a blind eye to illegal gun sales on their platforms,” Feinstein said. “The only way to reduce the scourge of gun violence plaguing our communities is to close loopholes that allow prohibited people to obtain guns.”

“Bestowing blanket immunity on websites for illegal gun sales mocks common sense and public safety. A website that enables such deadly arms transfers should not enjoy a shield from all accountability simply because they’re online. Section 230 was never intended to provide a sweeping free pass to such illicit lethal gun trafficking,” Blumenthal said. “This bill will reverse the disastrous holding in Daniel v. Armslist and ensure that online firearms marketplaces are held accountable for the gun deaths they bear responsibility for.”

“Online gun marketplaces fail to take common-sense safety measures to prevent illegal gun sales on their platforms,” said Whitehouse.  “There is no reason why a retailer should be allowed to evade responsibility simply because they operate online.  It’s time to close this cyber loophole and protect against more unnecessary suffering.”

This legislation aims to stop the “illegal” sale of firearms online by going after sites that facilitate these deals. One site that keeps coming up is Armslist.

Armslist operates the same way Craigslist does, the site has several listings for guns and you can contact the individual who made the listing to inquire further about buying one of their firearms. Armslist itself does not sell firearms. If you buy a gun using the site it is not Armslist who is selling you the gun, it is whoever made the listing.

It is because Armslist only facilitates the deal, it does not sell the guns, that it falls under Section 230’s protections. This is why Senate Democrats are now targeting these protections, they are trying to shut down sites like Armslist and control the flow of firearms.

All the firearms on these sites, CAN ONLY LEGALLY BE SHIPPED TO A LISENCED DEALERS, WHO THEM DOES THE NECESSARY BACKGROUND CHECKS AND FEDERAL PAPER WORK…AS USUAL Blumenthal is LYING ( Right GENERAL?), and Feinjstein is too senile to know what she is babbling about

The new law should cut both ways. Stupid agenda driven legislators who enact such laws should be held personally liable for impeding the right to the means of self defense when someone dies because a suitable second amendment remedy was unavailable as a result of their mindless self centered actions.

As usual, libtards never let reality interrupt their insanity. On the other hand, I’m surprised they took time away from their continuous singing of the Chinese National Anthem to make that proposal.

Didn’t Craigs List quit selling firearms a while back, and still tries to block them. Yet still on occasion I’ve seen an attempt. Like, “Nail driver .22. for sale “- add will show a claw hammer with a old Glenfield 60 on the table behind it. Or “Tool holster” and it’s got a pistol in it. Not sure they were ever successful.

say what?,….This legislation aims to stop the “illegal” sale of firearms online by going after sites that facilitate these deals,…. Firearms Can only be Ordered and paid for “Online” they must be shipped to an FFL who must process the Nics paperwork (form 4473) there is Nothing Illegal or Immoral about any of that, and it does Not facilitate Illegal firearms sales at all in Any way,…. and anyone who claims otherwise including Diane Fienstien,… Is a Bald faced Liar

On every site, I have seen the buyer has to get the gun shipped to a dealer and go thru a background check before he or she can get gun

We (I still do it at times too) continue to point out the flawed logic the liberals site as a basis to restrict gun ownership. They are not trying to limit firearm ownership based on the logic they claim to be the case. The liberals are trying to reduce gun ownership in every way they can. They can’t very well admit the true logic behind their desire to disarm everyone.

The bottom line is that the left want to eliminate private gun ownership, so the potential for armed resistance against their attempts to overthrow our Constitutional form of government will be reduced or, hopefully, eliminated. It is just like every other attempted communist takeover the world has experienced for going on the last hundred years. Maybe we should ignore their claims and just respond to the real reason they desire firearm restrictions. Although the strength of the 2nd Amendment has been reduced over the years as a result of the constant attacks by the left against gun rights, it is still something other communist takeovers didn’t have to contend with.

I relinquish the soapbox to others. May the 2nd be with you and yours.