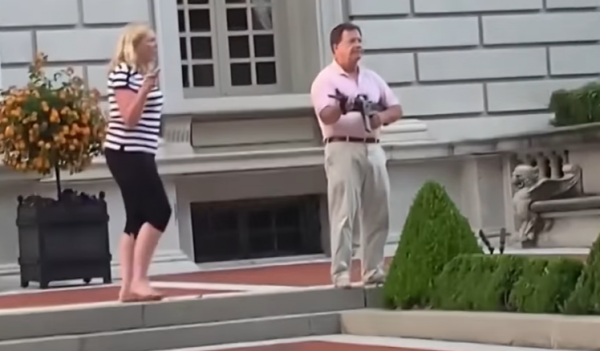 Mark and Patricia McCloskey were pardoned by Missouri Governor Mike Parson after they has plead guilty to misdemeanor charges stemming from their lawfully defense of property during one of the many Black Lives Matter rallies that took place in 2020.

Now that the couple has been pardoned they are looking to get their firearms back. The firearms the couple used in the now viral video were confiscated as part of their plea deal with the prosecution.

McCloskey is defending himself in this latest case and intends to get his firearms returned to him on a silver platter. You can read McCloskey’s complaint here.

More on the story from Komu.com :

ST. LOUIS (AP) — A St. Louis lawyer who was pardoned along with his wife for waving guns at social justice demonstrators is suing to get the guns back.

Mark McCloskey, a Republican candidate of U.S. Senate, is also seeking to have fines they paid returned.

In a lawsuit filed Wednesday in St. Louis City Circuit Court, McCloskey said the government should return a rifle and gun that were taken after he pleaded guilty to misdemeanor assault.

He and his wife, Patricia, were charged after they confronted demonstrators in front of their home in June 2020.

They shouldn’t have been charged in the first place.

What I notice is no interstate countinuity on what is & isn’t self defence ! The state I was born in AZ. is 21 miles away drom where I live now in NM. AZ shooting a unarmed thug threatening you is legal so is defedning others ! while the state I now live in is number 4 as most armed per capita ( NM. ) parity of force is required ( a Vague concept ) where Police or the prosicution decides if you used equal force to protect yourself ?????

This crap needs to end ! 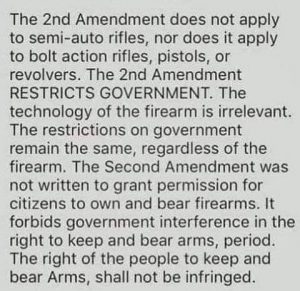 Go fund me? I’ll contribute $10 to help buy them new ones. Maybe it is time to put our money where our mouths are. If no go fund me, send direct. Tell the DA where to go. It wouldn’t take much to even start a fund to replace confiscated weapons held by the police against the law.