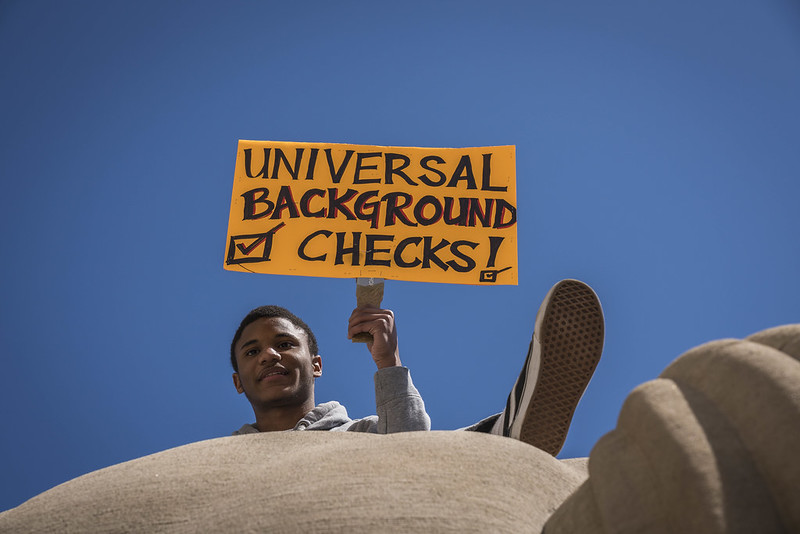 A three-judge panel unanimously decided that the 2nd Amendment does not apply to illegal aliens in the US 2nd Circuit Court of Appeals. This court had upheld a previous ruling from a lower court that the right to keep and bear arms does not apply to those who enter the country illegally.

The court case revolved around Javier Perez, who was convicted for possessing a firearm and ammunition while living in the country unlawfully. Perez had entered the country illegally while at the age of 13 and has lived in the Brooklyn area for several years. While he asserted that he was not part of a gang when he was arrested on weapons charges in 2017 he was noted as being involved with the Los Ninos Malos at one point and time.

Perez was arrested after firing several rounds into the air in Brooklyn’s Sunset Park Neighborhood. Perez had borrowed the gun off of an acquaintance and fired the shots as a means of breaking up a fight between gang members going on nearby. Video evidence confirmed this story but the question of whether or not Perez was allowed to have this handgun remained.

The court ruled that Perez was not entitled to possess a firearm because of his status as an illegal alien. The court made sure to point out that Perez was a resident of the country for 15 years and had no criminal conviction on his record prior to the weapons charge.

On a related note, there have been over 37,00o firearms sales denied as a result of immigration status since 1998.

MAYBE THERE IS SOME HOPE FOR THE COURTS YET! ! !

Don’t hold ur breath!! Soon as the demoncraps get ahold of the ruling, they’ll take it to a lefty, “progressive” piece of crap judge. U know, the kind that can only see outta their left eye…. Instead of interpreting the US Constitution to their utmost ability, u know, like they SWORE AN OATH to do!!?

Hate to be so negative, especially to your comment, but I’ve been gettin used to their shit for far too many years now.

Sure that’s not the brown eye

I’m sure Robert’s will do his best at the Supreme Court to get it overturned.

So what constitutional rights do apply to illegal aliens ? I believe none, and this ruling would seem to set a path to a precedent of such. But I am sure it only seems that it should.

sounds like Perez is one of the good guys. He used the firearm to get attention and it ended a fight, but where did the ammunition later land. He could have killed someone, Praise the LORD he did not

Now they need to make it illegal for illegals to vote.But since they will be voting demonrat probably never happen

In October 2020 Harris County Texas DA Kim Ogg who forced the Houston PD to release 51-year-old El Salvador national Elmer Manzano, an illegal alien and convicted felon with multiple prior assaults on his record, from custody after a domestic violence arrest. She also forced the Houston PD to return his gun with ammunition which he used 2 days later to murder Houston Police Sergeant Harold Preston and wounding a Houston police officer and a 14-year-old boy. Sergeant Preston served 40+ years and was nearing retirement. It does not matter that Sergeant Preston was a Black man but this happened within days of the 2020 election and Black voters helped reelect Kim Ogg. George Soros’ money helped.

Totally unfortunate, but it’s all due to the “assumption” that anyone standing on U.S. soil …………is eligible for U.S. Citizen Rights. They are NOT, but the left keeps pushing this!

This ruling also should more clearly define “people” as a term that is limited to natural born and naturalized citizens.

the constitution does not apply to illegal immigrants (aliens). if they want these rights and protections then they need to apply for citizenship. Life is so easy if you do the right things. My father came here from Italy in 1952 legally. He assimilated, followed the rules, and paid taxes from the get go.