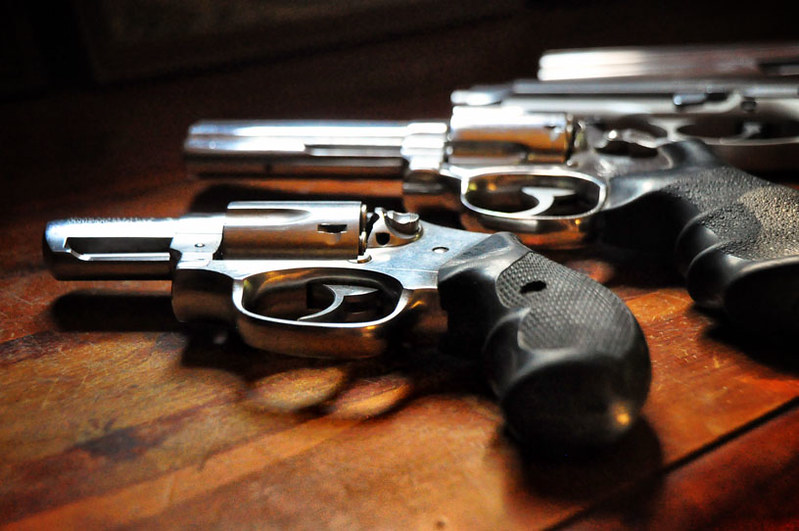 The American Civil Liberties Union(ACLU) is now claiming that the 2nd Amendment has its roots in racism and was inserted into the Constitution as a way to protect slavery.

On a recent episode of the ACLU’s “At Liberty” podcast, historian Carol Anderson and professor Charles Howard who is a professor of African American Studies at Emory University claimed that “anti-blackness” played a role in the decision to include the Second Amendment in the Bill of Rights.

According to Carol Anderson, the lack of gun safety laws in the United States can be directly attributed to “the power of anti-blackness.” This is the same “anti-blackness” that is enshrined in the constitution according to Anderson and Howard.

Where is this new push to label the 2nd Amendment racist and its supporters white supremacists coming from? Fortunately this is not a hard one to figure out. Accusations of racism have proved to be an effective political tool in the past year, it should stand as no surprise that this tactic has worked its way into the gun control battle.

Ironically this overzealous support for gun control flies in the face of other opinions held by these same people. These individuals believe that we live in a world where the police hunt down people of color, but also believe that everyone should be unarmed and turn their firearms over to the police. It is totally irrelevant if the prior belief is actually true, just holding the belief should disqualify you from holding the latter. If you really believed that something as awful as that was going on then in no way should disarming the oppressed be your next course of action.

The ACLU has certainly fallen as an organization and it would be hard to argue that the organization stands for the civil liberties of Americans anymore.

We recently covered another story where Sunny Hostin, a host of “The View“, made a similar claim. There we go into much greater detail about these bizarre claims.

In his popular edition of Blackstone’s Commentaries on the Laws of England (1803), St. George Tucker, a lawyer, Revolutionary War militia officer, legal scholar, and later a U.S. District Court judge (appointed by James Madison in 1813), described our Founders’ reasons for providing Second Amendment in the Bill of Rights:

Tucker’s reference to “the first law of nature” confirms that the Founders saw the 2nd amendment and the right to self-defense as a God-given, natural right.

Pennsylvania’s first constitution, adopted in 1776, paralleled Tucker’s commentary in its Declaration of Rights:
That the people have a right to bear arms for the defense of themselves and the state; and as standing armies in the time of peace are dangerous to liberty, they ought not to be kept up; And that the military should be kept under strict subordination, to, and governed by, the civil power.

Adopted in 1777, the Vermont Constitution closely resembles the Pennsylvania Constitution. It states:

That the people have a right to bear arms for the defense of themselves and the State — and as standing armies in time of peace are dangerous to liberty, they ought not to be kept up; and that the military should be kept under strict subordination to and governed by the civil power.

We can conclude, based upon the historical evidence, that the Founders thought that this “original right,” i.e., the right to keep and bear arms, was necessary for the securing of the God-given “unalienable rights” listed in the Declaration of Independence. In order to enjoy the rights of Life, Liberty and the Pursuit of Happiness, we must be able to secure and defend those rights. Thus the right to defend one’s self is central to the philosophy of the Founders and the Second Amendment and directly connected to the idea that these rights are a part of Natural Law.

This is the correct link, the one in this reply error 404.
https://press-pubs.uchicago.edu/founders/documents/amendIIs7.html

This Marxist political and racist rant by the ALCU doesn’t surprise me in the least bit. This organization is among the most discredited political groups in America and has done much to flame again the fires of racism and deliberately scratch away the scabs covering old wounds in our society when they should be left alone to heal through via the medicine of time. But, oh no! Organizations and people such as run and support the ALCU don’t want healing because it’s not profitable to them because they make tons of money off of dividing society just like the Democratic party does along with the lap dog news media.

If you want to see racism at work over the past 160 years, just look at GUN CONTROL legislation in America. 99% of it is aimed squarely at the black man! Don’t believe me, look it up! Democrats during and after the civil war period did everything they could do to make sure that black males did not have the right to be armed and legislation and the entire court system supported this racist position. They not only used skin color tactics to keep firearms out of black hands but when that was not effective enough (or racist enough) they took to economic terrorism against the poorer people in general with the black man at the very top of those that were disadvantaged by economics at the time.

Democrats and their lawyers pushed this totally racist agenda from the 1860s past the Martin Luther Kind period.

Facts are contained in history and not within the racist agenda of entities such as the ACLU. If this entity was concerned in the least bit about our civil liberties they were dead silent during the burning and rioting when people were attempting to defend themselves against looters, arsonists and attackers that posed a direct threat to their lives.

ALCU you are a joke!

American Communist Lawyer’s Union—-their job is to de-culture America and attack the Constitution on a regular basis.

These Are NOT Historians, but Woke Revisionists!

A.C.L.U.= American Communist Lawyer’s Union—a peek into this gaggle of Marxist’s First ten Years reveals 90% of all those represented were COMMUNISTS—Talk about ROOTS!

In the Federalist essay #29, Hamilton discourses over the roles of the States’ Militias. One intrastate role of the Militia, is the defense/suppression against Rebellion and Insurrections within the State itself. This could be used to apply to the need of a Militia in stopping a Slave Revolt or Rebellion. However, it was not explicitly stated in the 2nd Amendment, nor was it explicitly stated in Federalist #29 in defense of or for the establishment of a Militia.

The second clause, “…the right of the people to keep and bear arms shall not be infringed,” does not diffefentiate/discriminate based on Race, Age or Gender. Therefore, it’s a pretty large leap in logic to say it does. There were however, many State and Municipal Laws with the intent of preventing certain Races from practicing their 2A Rights. Blacks, Hispanics, Asians, Indigenous and even some Whites had their 2A right infringed upon.

Democrats have always been very consistent on their Infringing.

It’s our GOD given right for the second amendment, not government right, shall not be infringed, means just what it says, for the last 245 years, nothing changed, the 2nd amendment is for everyone, who needs to defend themselves,family,friends, since the dumbocraps defunded the police, they will not be there if u need them. U need to depend on u, with hidenbiden’s open border’s no body is safe any more, he has made American citizens victims to an invading force from around the world, turned loose in our country, with diseases,covid, turned loose to spread it. Hidenbiden needs to be impeached for total incompetency, he is breaking our laws, and needs to go.

2nd Amendment roots start with the Torah pass through the Magna Carta, then the Battle of Lexington and Concord, Massachusetts (not a slave colony), and the Revolution. So, once again, the ACLU and the gun control crowd are trying to rewrite history. See JPFO.org for references on the racist and totalitarian origins of gun control.

So according to the ACLU’s rationale, the American People have been either complicit or stupid for over 200 years. Their argument seems to be based on recent trends as opposed to historical documentation. But if you want a populace that has no means of fighting off an oppressive government, then this is the way to go. I seem to recall England trying to ban individual ownership of weaponry prior to the American Revolution. I may be wrong on this point, but I don’t think so.

Anyone who believes this junk is either insane or left their brains in bed.

The assertion that the Second Amendment had its roots in anti-blackness is complete nonsense and is utterly ridiculous. The American Bill of Rights has its basis in English common law. When the patriots during the revolution rebelled against the English King and his rule they cited the 1689 English Bill of Rights. Historian Carol Anderson and professor Charles Howard know this and are trying to change the argument that supports the Second Amendment and instead are trying to make it anti-African-American. Sorry dudes. Everyone sees right through your nonsense. Both of you should be ashamed of yourselves for participating in a political argument and trying to change history instead of adhering to historical facts.

ACLU should change their name to American Communist League Union