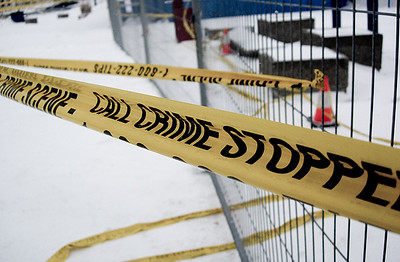 The Biden administration is looking to get ahead of the political ramifications of poor policy decisions and public statements made at every level of government by taking the issue of crime seriously. The Biden Administration is looking to push more gun control as the solution, this is being backed up by the media who have correlated the rise in crime to the sales data coming from the firearm industry. These gun grabbers are hoping to paint the crime issue as a gun issue and when we bring any data into the situation they fail.

Dr. John Lott penned a piece for Townhall that went into the crime data and how it disproves any argument that this gun control push is required to combat crime.

With violent crime increasing over the last year, Americans want a solution. Over and over, President Joe Biden frames violent crime as a gun problem. His presentation this month was no different. But the problem is much more far-reaching. Violent crime is rising across the board, and in 2019, 92% of it didn’t involve guns. Even just 2% of gun crimes end in murder. That has been virtually the same percentage for decades, and even if gun crime surged relative to all other violent crime it would still be a relatively small percentage.

In Biden’s three speeches on crime, he mentioned “gun” or “firearm” 148 times. The term “weapon,” sometimes in connection with “assault weapon,” is used another 21 times. By contrast, when not directly in context with guns, such as describing “gun violence,” the words “crime,” “violence,” or “violent” were mentioned about half as often — 89 times. And Biden was talking about violence generally, not just murder, which would make more sense in terms guns much more frequently involved in murders, but he only mentions the words “murder” or homicide just seven times in these three presentations and completely ignoring them in his most recent talk.

We have gone into depth before about how gun control does not even target those who use firearms in crime and how these laws only punish law-abiding citizens. The upcoming summer gun grab is using the rising crime rates as an excuse to punish normal Americans.

It should also be noted that it is not just violent crime that is on the rise, petty crime is also on the rise. The rise in crime can be attributed to policy decisions made, mostly, at the local level.

Poorly thought out bail reform policy in New York has led to violent criminals being let out on the street immediately after they were arrested for another crime, some of these criminals figure they might as well continue to violate the law if they are already going to go to jail.

Local prosecutors in places like San Francisco are just refusing to prosecute petty crimes. Now people shoplift just enough to not get a felony but enough to make a quick buck. People in the area are also totally free to “relieve themselves” in the front yards of homeowners and city streets because nothing will happen if they get caught.

When so many people are getting away with criminal acts some people figure “can’t beat em? join em!” and it is all downhill from there.

These poor policy decisions and the crime they allow to happen does do real damage to normal everyday people. In response, many chose to arm themselves and now the Biden Administration wants to punish law-abiding citizens who just want to stay safe in the dark times. Violent criminals who rob, cheat, and kill do not plan on following any future rules the ATF or Biden Administration put into place, they already don’t follow the rules, but law-abiding citizens who do follow the law will. The upcoming gun grab is designed to punish those who do not commit crimes, not the criminals who commit crimes.

Communists have known since world War Two that America cannot be totally “taken over” unless the honest citizens are DISARMED.

As far as I’m concerned, the moment Senõr Sundowner, attempts XO’s or Legislation, the 2nd Amendment is activated and we remove this Fraudulent Regime from office.

This article is exactly correct.

The areas where VIOLENT CRIME, is increasing are all democrat run shit holes ! I live in New Mexico , our largest city ABQ, is ranked 2nd most dangerus city in the USA By actual numbers of crime NOT Per capita ! On average 960 violent crimes are reported each day ! population 875,000 ! By comparison PHX, AZ. Population 4.4 million over 2 times more than the entire state of New Mexico reports 360 Crimes pers day !

Based on math alone , ABQ NM. has more crime overall than the entire state of AZ. not per capita , so anyone care to explain WHY ???? I can only say it has to be who is in control , who’s policies are causing the problem ! 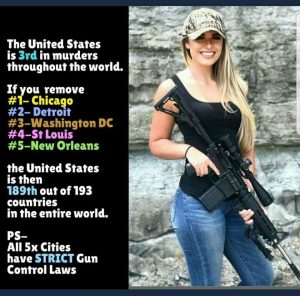 As far as I’m concerned, XO’s or Legislation doesn’t matter. Whatever they do is an infringement, and activates the 2nd. They will be removed from office by force if necessary.
Sic Semper Tyrannus!!!

It would help if the current SCOTUS would actually uphold the Constitution.

March them out at gunpoint and Hang every last Commie !

“Gun control” is not about guns but it is about “control”.

BUCK FIDEN and ALL his Minions !

When They come for Your Guns Shoot Them! They are Violating the Constitution, so are Outside the Law and Subject to Termination!

Biden’s gun grab is a Marxist move to leave the citizens defenseless against the tyrannical actions of despots.