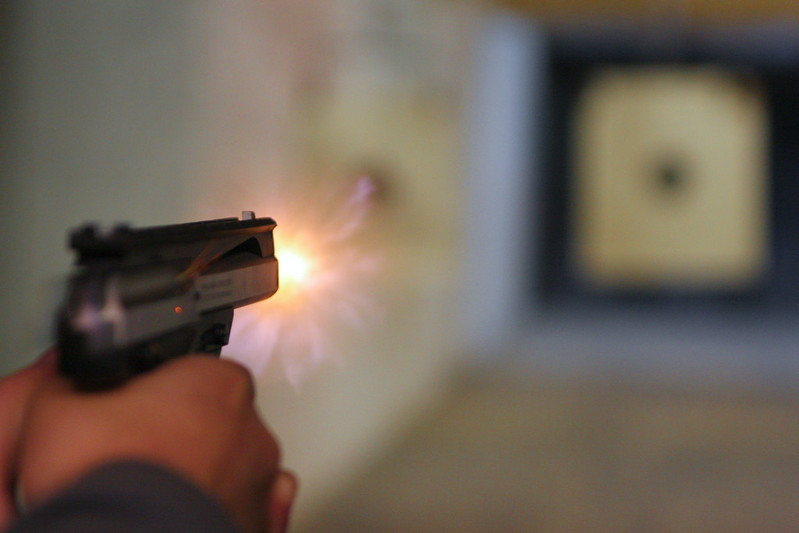 Homeowner and father Ike Umar caught a peeping tom staring through his young daughter’s window and held him at gunpoint until the police arrived. This story is pretty crazy, not because some pervert got caught but because of how all these events unfolded.

Ike Umar first caught the peeping tom outside of his home staring into his six-month-old daughter’s room, he then drew his firearm and forced the pervert to surrender. The creep had some story about trying to hide from a gang of 6 guys with guns, Umar informed the Huston police department of all of this.

This is where things took a turn for the worse, the police took 47 minutes to get to the home despite the fact that Umar was currently holding a peeping tom at gunpoint and there were allegedly 6 armed criminals looking for that man as well.

ABC7’s sister station ABC13 is working to get an explanation from HPD, but Umar said they told him that they had a busy night.

“I don’t care what they say. There’s no excuse,” he said. “If somebody’s house is broken in and I’m holding someone at gun point, I have to wait 47 minutes for help? I honestly lost total faith in HPD today.'”

Officers eventually took the intruder into custody and no one was hurt. The incident remains under investigation.

Luckily for Umar the story about 6 armed criminals looking for the man was not true, but if it was he could have been killed. The police response was 47 minutes for a call about someone breaking into someone’s property, that is unacceptable but it is also why we own guns.

Umar’s story is an important one, if he was unarmed who knows what could have happened to him, his wife, or his young daughter. If you can not rely on the police to come to your rescue in a timely manner you have to have a backup, luckily for Umar, he had a gun and was able to prevent anything bad from happening. If he did not have a gun this story could have been about the kidnapping of a 6-month-old child or perhaps the death of a young father, thankfully this wasn’t the case.

When seconds count, the police are only minutes away at best.

yea right,i believe everyone should own at least one gun, no matter of records this way we could weed them out without the court system.

I would like to hear about all of the other incidents that took precedence. What say you HPD?

Pythias: Isn’t houston (notice the LC) a defund the PD city? If that’s so that would explain a lot. Glad he had the perp under the preverbal gun.

Houston is 100% not a defund the police city thankfully. I live here and would move if that was the case! We just added 15MM to our police force funding. However, we are in need of more officers. Either way 47 minutes it WAY too long to wait, agree with you, glad he had the perp under control as well.

Luckily he’s in Texas at least, we’d be charged with brandishing in Colorado.