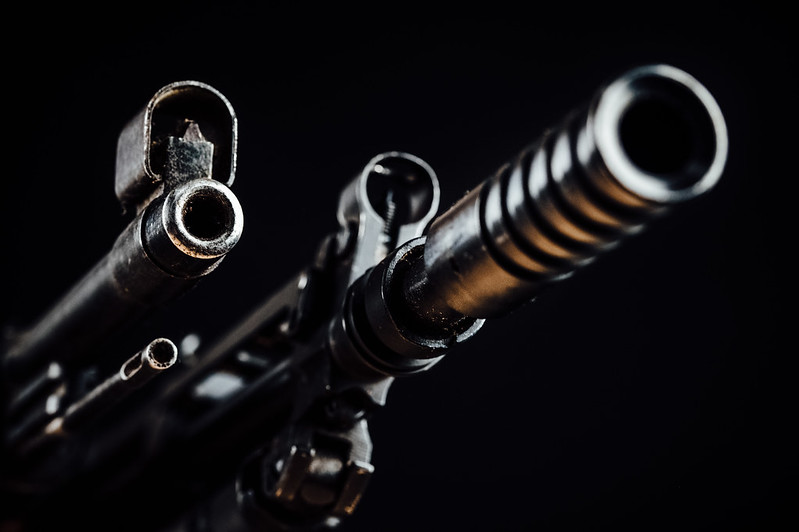 Most California Judges would be delighted to snap up someone’s guns, but not this judge. In fact, one judge in Yolo County California refused to allow the confiscation of a defendant’s firearms despite repeated requests from the prosecutors to take them away.

Trent Stonerock got into a physical altercation with his son back in 2018, and was charged with a misdemeanor for resisting/ obstructing a police officer. According to the prosecution, the presence of Stonerock’s firearms made the police uncomfortable and this is why they want the firearms to be confiscated.

The presence of Stonerock’s firearms, which were loaded, allegedly made the officers “concerned for their safety” as they dealt with the situation.

Kian proposed that Stonerock “surrender his firearms for a period of a year.” Kian wanted to make sure that Stonerock knows he’s “getting off with a diversion [of the misdemeanor charge],” and stressed that there must therefore be “some consequences as an incentive to comply.”

Kian suggested Stonerock “surrender [his firearms] to a licensed gun dealer in his state [Ohio].”

The persecution was ruthless in their demands, this might have been what ultimately made the judge throw the defendant a bone. Judge David W. Reed allowed Stonerock to keep his firearms but instead demanded that he do 40 hours of community service outside of his church. The Judge would also go on to say that the court could “not have anything to do with the guns.”

What is crazy about this case is just how brutal the prosecution is, especially considering that California prosecutors typically have no issue with public urination, heroin use, shoplifting, or vandalism. It looks like the prosecution wanted to punish Stonerock simply because he was a gun owner, however, because he moved to another state it wasn’t really feasible for them to confiscate his guns themselves.

That is their way of back door seizure. “Just turn your guns in for a year.” Problem is in a year he would play hell getting CA DOJ to provide clearance to get his guns back. A woman in northern CA voluntarily turned her rifle into the PD to keep her abusive husband from using it. After he was arrested with several other guns and sent to prison, she went back to the police to get her gun and received the runaround. PD: “We cannot release the gun without DOJ approval.” And when she tried to get in contact with CA DOJ…crickets. No response. Do not voluntarily give up your guns.

What government in the history of the world has ever been supportive of its subjects’ possession of weapons? A few kings who could not afford to maintain a large standing army required their subjects to have and to practice with the military arms of the day. They were always nervous about an armed population.

I’m convinced that the messages which is the President and cabinet saying nothing about police being murdered or citizens being assaulted is, go ahead we want you to and we will not charge you with anything. That is except when a cop has had to defend himself or a citizen from being harmed from a person on pore or pro a toon who wants to make a living criminally doesn’t want to go back to jail is shot. The. They are speaking out and defending the city looted and burned down. The plan is eventually along with other socialist governing is get rode of the cops by them getting murdered on the job, quite or retire and then when there is all the chaos and people are begging for help you will be served with federal militant police. Like Venezuela and Cuba. No turning back then. You are in for a shock if you don’t wake up.

Why would any legal gun owner voluntarily give their guns to the Government? They don’t give you nothing but a hard time.

Anyone Enforcing an Unconstitutional Law is in Violation of the Constitution and therefore Subject to Termination!

The “I/we feared for our safety is the next new way for tyrant cops to detain you in cuffs and or seize your property.