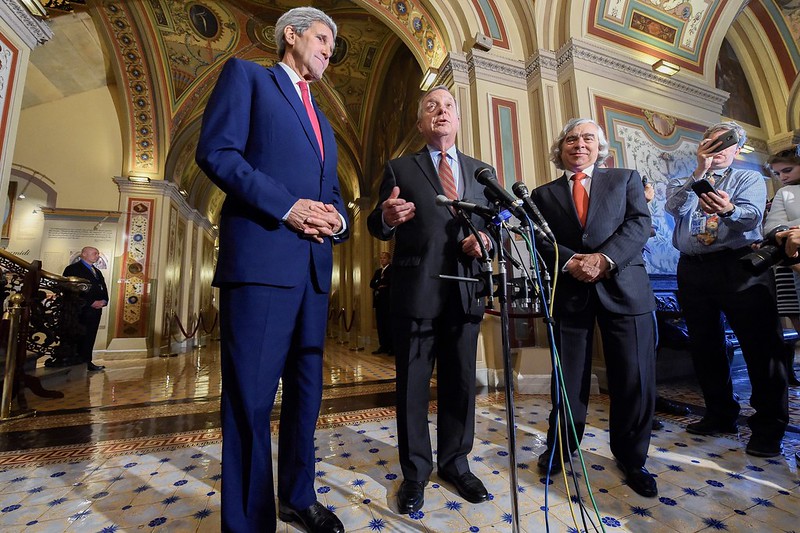 The Democrats number 2 in the Senate, Dick Durbin, is running with the idea that crime is spiking from the increase in the number of gun sales. This correlation of gun sales and violent crime is real, Durbin is not wrong in pointing it out, but correlation is not causation.

Gun sales are at record highs and contrary to Dick Durbin’s belief that this is what has caused the higher crime rates the reality might be the exact opposite. Many Americans feel they need to arm themselves now more than ever as carjacking and home invasions become more frequent.

From the layman’s perspective, if your neighbor gets his car stolen by a carjacker, maybe buying a gun is what you feel you need to do.  Trust in the police is also failing, many Americans feel they need to arm themselves because they do not think the police will do anything or can do anything to save them.  I would argue that it is far more likely that people are buying more guns because of crime than that people are buying guns to commit crimes.

As for why crime is rising, look no further than newly elected prosecutors and the 2020 “Summer of Love.” Some of these newly elected prosecutors are very liberal in their views on crime and are willing to let criminals go with little to no time served for serious crimes. The “Summer of Love,” which was full of rioting and violence, scared a lot of Americans and many of them felt that they would also lose their property or even their lives if the violence were to continue.

Dicky durban doesn’t have a clue, what he, or any other dummycrap is talking about. We don’t have a gun problem, it’s called a crime problem, because u jackasses defunded the police, let criminals loose, to offend again, allowed our borders to overrun with criminals. U think we have a gun problem,come on man, dementia,joe,is the problem, and all u dumbocraps.

Durban and the rest of the dumb-o-crats know it isn’t the guns that are criminals and it’s criminals that are the problem. They are using the crimes as propaganda, blaming guns for crime to push the disarmament agenda.

Proof of that was the rather light treatment of the Marxist GANGS that burnt and looted (in 2020 alone) to the tune of Two Billion Dollars—-where is the special investigation into all the Blue City Riots where over a Thousand Police Officers were injured—the deaths and the rapes seem not worth speaking about — They are far too busy attacking President Trump and the people demanding the Audits in at least five States. Let the math tell the tail and the criminals go to jail.

Durbin has been the senior Senator from Illinois for Decades…the State of Illinois has the largest, Pension deficit in the Country from Decades of failed Democrat leadership…or rather LACK of leadership…Chicago is a war zone, with gang bangers out numbering the CHicago Police Dept 10 to 1…Durbin Supported Kim Foxx, whose NO bail policy has turned Chicago’s Justice system into a revolving door…felons let loose before the ink is dry on the arrest papers.Shootings..Murders…Car jacking All UP….and Durbin talks about it in the third Person, like he’s somebody who is part of the solution…Dickie, you’ve been in Office, and are part of the problem…you’ve DONE NOTHING…EVER..IN ALL YOUR YEARS IN OFFICE, except your rabid Democrat Partanship.

I hope someone explained crime is spiking because of Durbin. Criminals are hyperactive because he disarmed the victims. He must be a moron to not see the connection.

Democrats are the Reason Crime is on the Rise!

When the democrats keep doing stupid things and expect different results it will be snowing in July all over Washington D.C.// Democrats emptied prisons and stop arresting people for stealing less than $1,000.00—In California store thefts alone have led to a rise in prices for HONEST CITIZENS—A vote for a democrat is a vote for a Marxist PIG.

what a little dick

Once they steal your guns, they’ll come for your knives, which are already a bigger cause of crime than guns. Frickin idiots, one and all democrooks !!!

That would be what we Americans call a Damned Communist Lie. It’s Criminals and the non-enforcement of laws that are causing this Democrat spike in crime. The guns honest Americans have have Nothing To Do With This!

Durban should go to the basement with Joey.

Dem o rats do not know what they are doing. Guns are NOT the problem
look at England they have a knife problem it’s a felony to walk down a street with a screwdriver
crime is exploding because of defunding the police dem o rat prosecutors and liberal politicians
pits time to end dem o rat ran cities and put republicans in charge

I really wish I could talk with these dumb Democrats. IF he really believes what he says then he and any other Rep or Senator that agrees with him needs removed from office for being to darn stupid to hold it. They are so afraid that there will be a removal of Socialist/Communist by force. They believe that the army will help them but they are to stupid to know the US Military cannot use force against American citizens within the borders. They can only assist the local police. Unarmed!
Removing communist and socialist from the government that are trying to take over our government and change the constitution should be fair game whenever they show there ugly heads. These people are trying to control America’s people.

So inanimate objects are responsible for you idiot Democrats making the increasingly stupid and anti-American decisions you have and are making. Durbin you are a fool as is anyone who votes to put you and your fellow Dumb-ass-crats in office. Move to Russia or the CCCP you scum.

The problem is very simple. Americans are not civilized people. Continue killing each other until you extinct from the face of this beautiful planet.

Durbin is a dummy … he associates with John Kerry who is a disgrace to our country .he lied about his military discharge he shot himself in foot to get released from military dutywhat a shit he is .

Dickless Durbin is a Moron!

Democrat? More likely a Marxists view on how to subdue the population—disarm them.

Blame forks for overweight people, blame cars for drunk drivers, any more stupid ideas from a jackass democrat? More guns in law abiding citizens hands makes criminals nervous, they may get shot while committing a crime. Politicians have armed guards, but regular citizens have to do their own self guarding. Especially since the jackass left wants to abolish the police.

People are buying record amounts of guns because they can easily observe that criminals now overrun the country with the eager assistance of the worst criminals of all, Leftist traitors to our nation, who now occupy even its highest offices.

Dick Durban needs to learn that guns do NOT commit crimes. A gun is a piece of metal that can set on a shelf for a thousand years and never commit even one crime. People commit crimes! Taking away our God Given Right to Protect Ourselves in any way we choose would only embolden criminals and make us all easy targets. When will gun grabbing politicians learn that people and not guns commit crimes? Criminals Do Not Obey the law and they will Always Have Guns on way or another. Innocent law abiding Americans have every right to own as many guns as they want to protect themselves from criminals. Some politicians do not understand that innocent people Do in Fact Need Guns to Protect Themselves. Perhaps Durbin should start investigating the people who break laws. Maybe he would learn that criminals will do whatever they want with or without a gun because they don’t respect and won’t abide by the laws. To learn why politicians want to disarm innocent Americans watch the full length You Tube “Innocents Betrayed.”

NO, crime is spiking because of the lawlessness and lack of morality.

Hey Dickie, didn’t you support Kim Foxx in the last election; and isn’t she the genius that came up with the NO BAIL policy, and lets all the gang bangers back out on the street before the ink on the arrest papaers is dry.????…so maybe Dickie, since you have nothing that make sense to say, you should just shut up!

How do these nut cases get into office.

Obesity is spiking because of food.

Crime is spiking because of idiots like Durbin and other democrats not following the laws or prosecuting the people perpetrating the crimes. This guy is worthless.