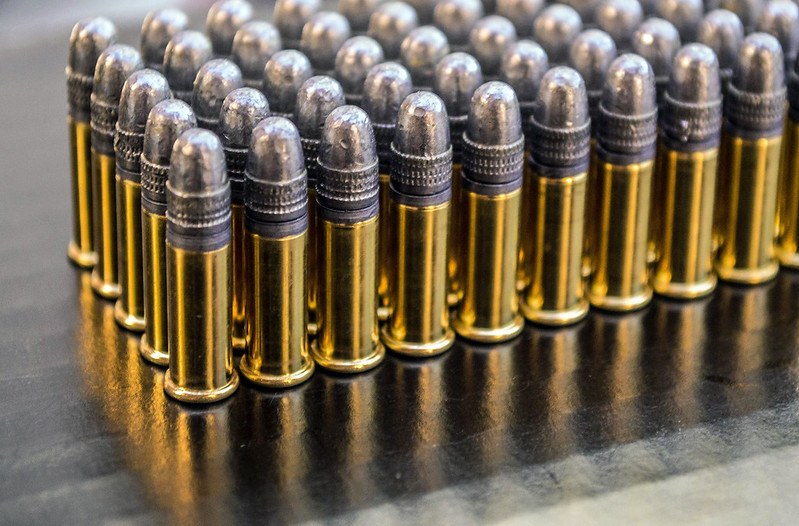 Democrats are looking to create a new meta for the gun grabber legislation… Bullet Control.

There can be no registry of firearms in the United States, so the gun grabbers are looking at ammo registries as a possible fix to the legality issue they run into with their current gun control proposals. You heard that right, anti-gun politicians are now looking to get ammunition serialized and put on a registry under the guise of helping authorities solve crime.

The new proposal is downright idiotic at best, Pennsylvania Democrat representatives Manuel Guzman and Stephen Kinsey put together this hair-brained scheme and are pushing it as the real solution to stopping criminal use of firearms. Every piece of ammunition made would have to be given a serial number in the state of Pennsylvania. Guzman and Kinsey proclaim that this would be a better alternative to ballistic fingerprinting because it requires no expertise or equipment.

Secondly, the proposal would require that all ammunition sold is tracked in a registry. What about ammo made in private? If someone were to buy spent brass and use it in making new ammo and then commit a crime with this homemade ammunition, would the original buyer of the ammo be arrested?

Only the incompetent, dumbocraps, could come with something so stupid,

All of the “difficulties” you raise about the “absurd” proposal hinge on the premise that anti-gunners want to stay within the existing protocols of jurisprudence. My guess is that they could care less if the criminal who committed a crime is brought to justice, because they regard any one who has a gun, ammunition, or weapons of the type, as guilty, and that they should be in a gulag anyway.

Typical DEMOCRAT idea please explain just how they are going to track ammo ?Once a round is fired generally the bullet ends up damaged. If the serial number is placed on the cartridge where will it be placed ? if it is on the side of the casing when the round is fired the expansion of the case will render the # unreadable and the case head is not big enough for the serial # along with the caliber stamping and MFGR logo. Just more insanity

Ignorami have proposed such moronic laws before, e.g., Canada’s Long Gun Registry and Maryland’s Ballistic Fingerprinting law. Both failed miserably without solving a single crime. And in all the years that this issue has been discussed, discarded and reissued, lawmakers still don’t know the difference between a bullet and the casing. Perish the notion that they might also know about primers, rims and propellants. Their reading comprehension may be limited. Perhaps they have Biden’s disease.

Only a hairbrained idiot could come up with a idea like that. How does he expect anyone, even LE, to make it work and prove beyond a doubt, that that piece of ammo did the crime ?

AS IDIOTIC AS THE PERSON WHO CAME UP WITH IT!!! THESE PEOPLE NEED TO BE IMPEACHED, FIRED, JUST GONE, 6′ UNDER WOULD BRING ME JOY!!!

just when you think the Democrats can’t possibly come up with anything dumber……there they are with another brainless idea, that just proves they have no concept or understanding of what they are talking about…..they never fail to disappoint.

Perhaps it’s time to mention that Hitler not only disarmed his people. He also nationalized firearms manufacturers, ammunition producers, importers and exporters, ranges, shooting and hunting clubs. I looked into this issue some time ago and found the trail depressingly similar to Germany 1933 — 1945. Never doubt for a moment that Schumer, Bloomberg, Biden and their billionaire pals will follow Hitler all the way to heil.

Hard numbers are difficult but the U.S. has about 17,000 indoor firing ranges and an unknown number of outdoor ranges. Outdoor facilities vary from farms with berms to precision long distance training ranges, and trap shooting facilities lie somewhere in between. The U.S. is a massive nation with historic levels of freedoms never before known on this earth. All those freedoms were designed to offset temptations to engage in criminal conduct or government oppression. Democrats seem determined to suppress the good side of the equation.

In the U.S. alone, 10,884,792 firearms were manufactured in 2016. About 5.1 million firearms were imported and about 343,456 were exported. Notably, exports aren’t tracked as carefully as imports. The U.S. consumes so much ammunition that quantitative numbers aren’t available and it’s normally measured in dollars. That said, at least 10-15 billion rounds of ammunition are manufactured in the U.S. and about 20,000 tons of ammunition are imported.

You all laughed at us in CA when they rolled over us with this same crap. It isn’t funny and they will try all the same things on the rest of you they’re getting away with in CA!
It’s taken us 30 years to get the 9th circuit to recognize we still have 2A rights! The cases are still pending full review in the 9th right now, so say a prayer we can get it decided in a sane manor that preserves all our rights!
We simply don’t have enough sane voters out here to preserve our Rights, the state is hard blue and it stinks!
The wave of stupidity rolls across the country from CA…and it stinks!