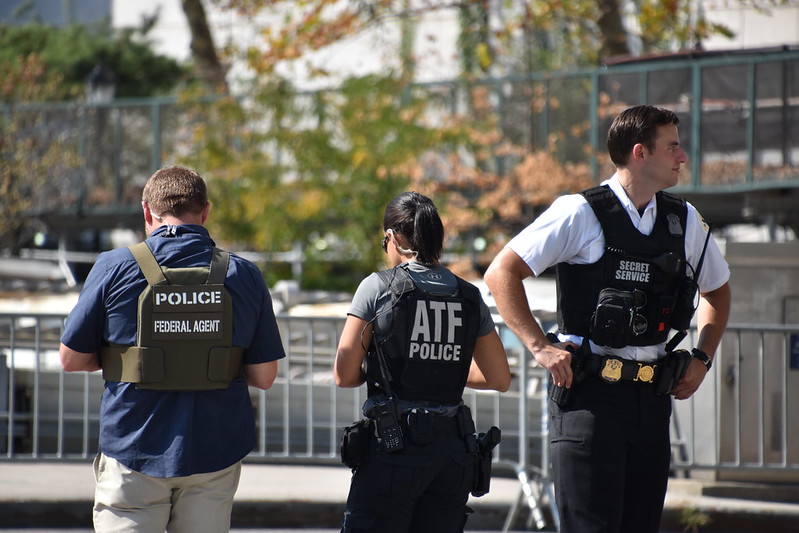 Members of the GOP have begun filing legislation that would disband the ATF and redirect funds to victims of the agency’s Fast and Furious operation.

The legislation, sponsored by Representative Marjorie Taylor Greene, would abolish the ATF and give the funds originally destined for the organization over to family members “of border patrol agents killed as a result of Operation Fast and Furious.”

For those unaware, Operation Fast and Furious was a highly controversial program by the ATF that involved allowing illegal firearm sales to go through in the American Southwest. This program ran between 2009 to 2011 and 2,00 guns were sold to straw buyers and firearms traffickers. The ATF believed that they could trace these firearms as they went into the criminal underworld, but that wasn’t the case. It is believed that most of these guns fell into the hands of the cartel and were used to murder border patrol agents and Mexican citizens.

I’m introducing this legislation to #EliminateTheATF to protect ALL gun owners across this country from a tyrannical, power hungry group of bureaucrats who’s goal is to destroy our Second Amendment rights. https://t.co/QbYx9YArJh

While the idea is one many conservatives and firearms enthusiasts can get behind we can call it now, there is no way that this bill will ever pass with the Democrats firmly in control of the legislature.

The ATF was Criminalized by the Obama administration and should be junked completely ! Obama should have been impeached for allowing Fast and Furious !
Many Mexican citizens were killed and our Border Patrol personnel was shot and at least one was killed ! Our Government sold guns to the cartels !

Ever have a bad neighbor – “I can’t wait until they move out.” Then they move out. “I hope the new people will be easier to get along with.” But, no… they are absolutely the worst people you could imagine living next to…

Moral of the story – what replaces what was may be worse

I agree with @THOMAS, but… remember the story….

The ATF has exceeded its brief many times over the years. I’m all for disbanding it because I believe it’s a direct threat/infringement of the 2nd Amendment in the first place, and never should have been established. Remove Firearms from their purview/control. Let them chase after Alcohol and Tobacco.

We sure as hell don’t need federal government controls of alcohol, tobacco and firearms. State laws and import-export regulations also oversee them. That leaves explosives which combined with FBI and state police laboratories, even this part of BATFE is redundant. It outlived its usefulness long ago as suggested by the fact that over the decades, all other agencies rejected it as an affiliate.

My guess those arms washed back to BLM Obamas private civilian army he talked about first term.

Excuse me ! But that is a falacy ! Fast & Furious was only one of many sutch programs run by the the ATF ! Mike Detty a Tucson area FFL dealer wrote a book ( Guns across the border an inside story ) he was envoleved in linebacker II the second of 4 programs Run in AZ ! Fast & furious being one of those programs ! the ATF did everything in their power to delete his records as he was working for them ! In the end it was said to him the whole thing was to cause a problem , to justify the means to stop the problem !

in short they allowed firearms to be purchased from Gun dealers at Gun shows Legally but by straw buyers , then shiped into Mexico ! the reason was to justify banning gun shows , semi autos , etc. one of those firearms was found in France in the hands of Islamic terrorist , others were found in weapons caches in Belgum , Germany , & Spain , also in the hands of islamic terrorist !

GREAT IDEA HERE! THE ARE A USLESS OUTFIT TO BEGIN WITH!

Whenever an anti gun President takes office, an anti gun person takes over the FBI and the ATF. If the ATF was abolished, their duties would revert to the FBI, and the ATF employees just move to the FBI. No laws change.

The ATF charter has some responsibilities that still need to be attended to, and that should not be ignored. If there is a way to disassociate the ATF from the political manipulation that the agency has gone through with a legislative effort, I would support that, but I would not support the elimination of the agency considering that the responsibilities of the ATF are still important to the enforcement of the laws respecting alcohol, firearms, and explosives, (not so sure about tobacco although that was certainly one of their responsibilities as well). The problem with the ATF is the manipulation and politicization of the agency by the politicians, and that is what needs to be curtailed!

Abolishing the ATF would save money – fewer different patches for their jackets for one thing. Just kidding. But some may Washington agencies are duplicating efforts. Let the FBI, states, etc do their jobs and get rid of a bureacracy.

This is one agency that if not abolished should be defunded. The Founders established the U.S. Marshal’s Service as the national agency to enforce Federal Laws, what else do we need. We could cut the budget massively by removing all the excess agencies such as the F.B.I. and the BATF.

The ATF has always been an renegade department, making up their own rules, for thee, and not for others, time to get rid of them,their as worthless,and incompetent, as the FBI and CIA.