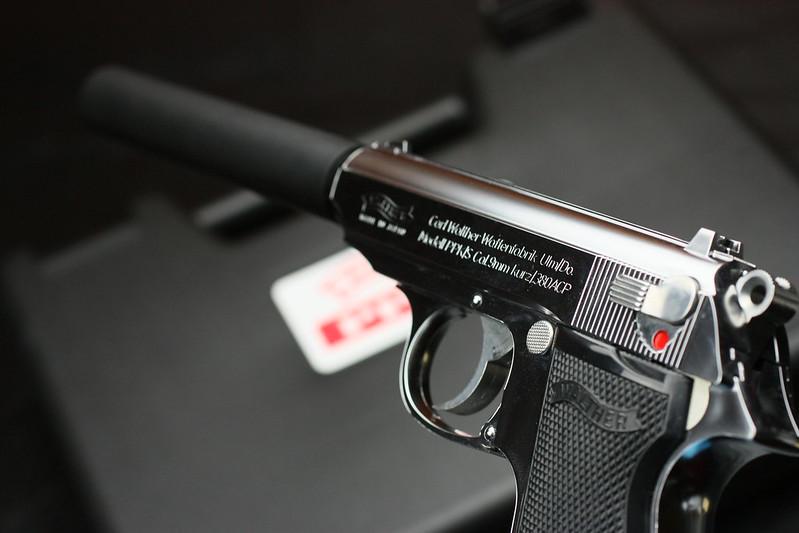 Last week Texas Governor Greg Abbott signed several 2A bills into law, one of which was constitutional carry but another that few are talking about is a new measure that will allow residents of the state to buy suppressors that are made in the state of Texas without having to get them registered.

The new law also has a provision that denies localities from enforcing federal laws surrounding suppressors.

Many don’t see this as a law that will stick, some are pointing to this being a law that was designed to, and will, provoke a lawsuit.

Texas isn’t the first state to pass a law designed to go around the Constitution’s Commerce Clause, which gives the federal government the power to regulate commerce “among the several states.” Both Montana and Kansas have passed Firearms Freedom Acts in recent years, but neither have survived legal challenges. The Ninth Circuit tossed out Montana’s law in 2013, and the Supreme Court chose not hear the appeal from Montana gun owners and 2A advocates. I

In 2018 the Tenth Circuit ruled that Kansas’ law was no protection from the federal government’s taxing authority. The following year the Supreme Court declined to hear that case as well, upholding the felony convictions of two Kansas residents who were convicted of illegally possessing Kansas-made suppressors without going through the NFA registration process.

Given the previous outcomes of these Tenth Amendment test cases, I think it’s fair to say that the new suppressor law in Texas faces some fairly long legal odds. At the same time, you can’t make progress unless you push for it, so I have no issue with Texas trying to expand the Tenth Amendment powers of the states. I’m just glad to see Second Amendment advocates make it clear that the new suppressor law won’t change anything on the ground right away. The last thing we want is for Texans to erroneously think they’re now able to bypass federal law, only to end up facing federal charges.

While the danger of being prosecuted by the federal government is still present even with this law being past, there may be hope if Texas can win what seems like an unbeatable case.

I hope the judge allows a courtroom demonstration of the differences between a naked and suppressed rifle and between a naked and suppressed handgun. Prearranged, with muffs for everyone, it would serve as dramatic proof of the value to animal health and absence of impact on crime rates. Effectively outlawing sound suppressors is an absurd notion by radical democrats who know the path to their coveted socialism is through gun control, bit by bit.

To blazes with the hearing protection… let them learn the truth, the painful way.

The NFA itself is Unconstitutional and Should be Struck Down. The Supreme Court Allowing it to Stand is a Travesty, and a Stain Upon the Court. My Personal Feeling is that Anyone Trying to Force Unconstitutional Laws on Any Otherwise Law Abiding Citizen Forfeits Their Right to Life! The Government Needs to be Put in its Proper Place, and its Overreach Curtailed!

I find it interesting that the feds can use “interstate law” on items actually made inside of the state. That is especially true because the military used noise suppressors on selected weapons and so does the police on their hand guns.

We can all thank Chicago and New York for the NFA. It was the heinous crimes there that brought that law about.

if I remember correctly the two in Kansas that screwed up – OR Set Up -the case were dumb enough to make and then try to sell their suppressors across state lines (Ks to Mo.) thru a gun show. NOT what the law was intended for. But it was perfect for Holder to Pounce.Then they tried to get a campaign against the Ks AG for not defending them against the feds.