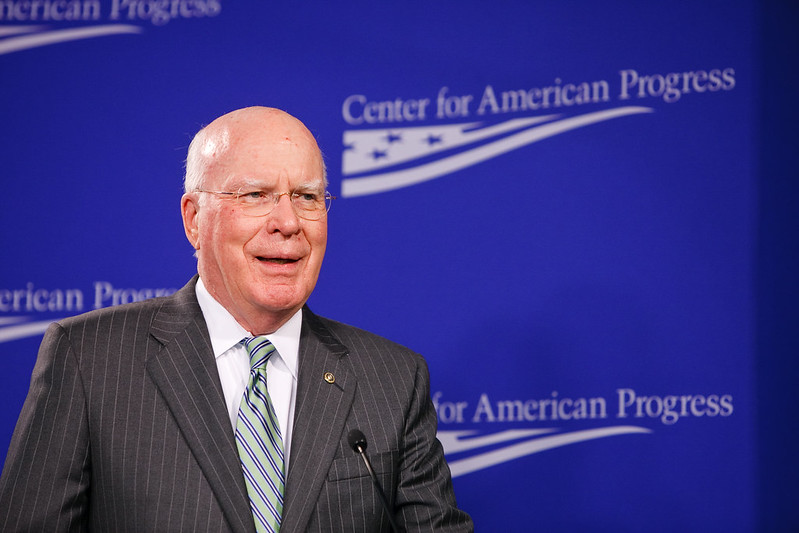 The Crime Gun Tracking Modernization Act was first introduced in the last session of Congress and it died there… or so we thought. The bill was recently resurrected by Representative Bill Pascrell Jr.(D-NJ) and Senator Patrick Leahy(D-Vt.)

From a press release about the bill:

After a firearm associated with a crime is discovered somewhere in the United States, federal, state or local law enforcement officials contact ATF, which then must recreate the chain of custody of the firearm. But ATF is prohibited by law from electronically searching millions of gun sales records already in its possession. The absurd result is that ATF must comb through mountains of paper records manually, an extremely laborious process that delays timely investigations and drains law enforcement resources. Their legislation would update this process from the age of paper records to the age of electronic records, to enable electronic searching of these same records, aiding law enforcement authorities in catching criminals faster and potentially saving lives.

Earlier this month The New York Times highlighted this problem, which is centered within ATF’s National Tracing Center in Martinsburg, West Virginia.  Crippling restrictions on ATF have severely impeded its ability to efficiently inventory and quickly search the sales records of crime guns.  The ever-growing collection of paper records at the National Tracing Center, which can be digitized but by law cannot be made electronically searchable, have become so voluminous that the floor has actually buckled under the weight of the paper records.

On Wednesday, the Senate Judiciary Committee is holding a hearing on President Biden’s nominee to serve as the next Director of the ATF, David Chipman.  Only one ATF director has been confirmed by the Senate in the last 15 years.

This legislation is designed to allow the government to track firearms easier,  meaning expanding the list of records the ATF and other agencies can keep and access. This will also give these agencies the ability to harass gun stores for documents.

Not that long ago we covered a story about Hunter Biden losing a firearm and the Secret Service moving in to run cover for him. In that story, we saw government agents quickly move in and find all records within days, maybe even hours. If this bill passes, the country would effectively have a registry and all it would take is one sneaky executive action or law passed for confiscation to begin. The ATF would be all too eager to begin the process of getting all those records from gun stores.

This proposed legislation is registration lite, don’t fall for the old “this law is about stopping crime” trick.

I noticed that the first time I read it.
I will not comply!

Crime cannot be stopped, but individuals who are criminals should be dealt with according to their crimes. Problem is since condemned-o-crats are such criminals, they think all their buddy criminals will vote for them if they let them loose on the streets.

We need to literally enforce the punishment currently written into law to not make crime such a viable method of life. Control the border, control drugs, control cartel crime, and protect American citizens and visitors.

Any of these laws will not stop the bad guys. Bad guys do not care about gun laws. Leahy is in a state where their was no gun laws 2yrs ago.

One of the first actions Hitler did was to make it mandatory for all guns to be registered. Then he knew right where to send his thugs to confiscate them. Don’t tell me it can’t happen here, it already is.

Conservatives are imbued with a healthy dislike for the Bureau of Alcohol, Tobacco, Firearms and Explosives (ATF) because when prohibition was repealed and and unpaid tobacco taxes were controlled, they refocused their attention on private arms ownership.

But instead of working with law enforcement to collar and prosecute criminals with illegal firearms, they sought to restrict peaceable, lawful citizens with legal firearms. Said another way, ATF is a government arm not unlike Hitler’s Gauleiters who arrested Jews.

A bit of history. Before 1934, BATFE was a bureau within the Internal Revenue Service wholly engaged in the enforcement of prohibition. After it was repealed, like the IRS and all big government bureaucracies, it found another cause. It bounced around as the Bureau of Prohibition, the Alcohol Tax Unit, and the Alcohol and Tobacco Tax Division (IRS).

In 1968, as part of Johnson’s Great Society, firearms were added and it became the Division of Alcohol, Tobacco and Firearms (ATF), under the IRS of course. Its function was intended to stop interstate firearms transfers except among licensed manufacturers, dealers and importers. The primary objective was to ensure timely collection of taxes.

In 1970, Nixon added explosives and in 1972, when the IRS jettisoned the ATF Division, he created the Bureau of ATF. It became the BATFE when the residents of the trade towers were slaughtered by commercial aircraft

What the BATFE has become is another unexpected consequence of supporting what seemed to be an innocuous and relatively unrelated law. Stung too many times, most private owners now don’t trust the government and oppose any tinkering, however slight, with the 2nd Amendment.