Photo of a Pistol Brace from SB Tactical
June 10, 2021 By Full Mag Staff

Is your firearm a Short Barrel Rifle(SBR) or a pistol? Newly released guidelines by the ATF mean that you may soon be in possession of an illegal firearm.

The new guidelines proposed by the DOJ have a scoring system and if your firearm’s pistol brace scores too high in some categories it will be considered a stock, thus making what was previously considered a pistol an SBR.

The following are the scoring sheets provided by the ATF: 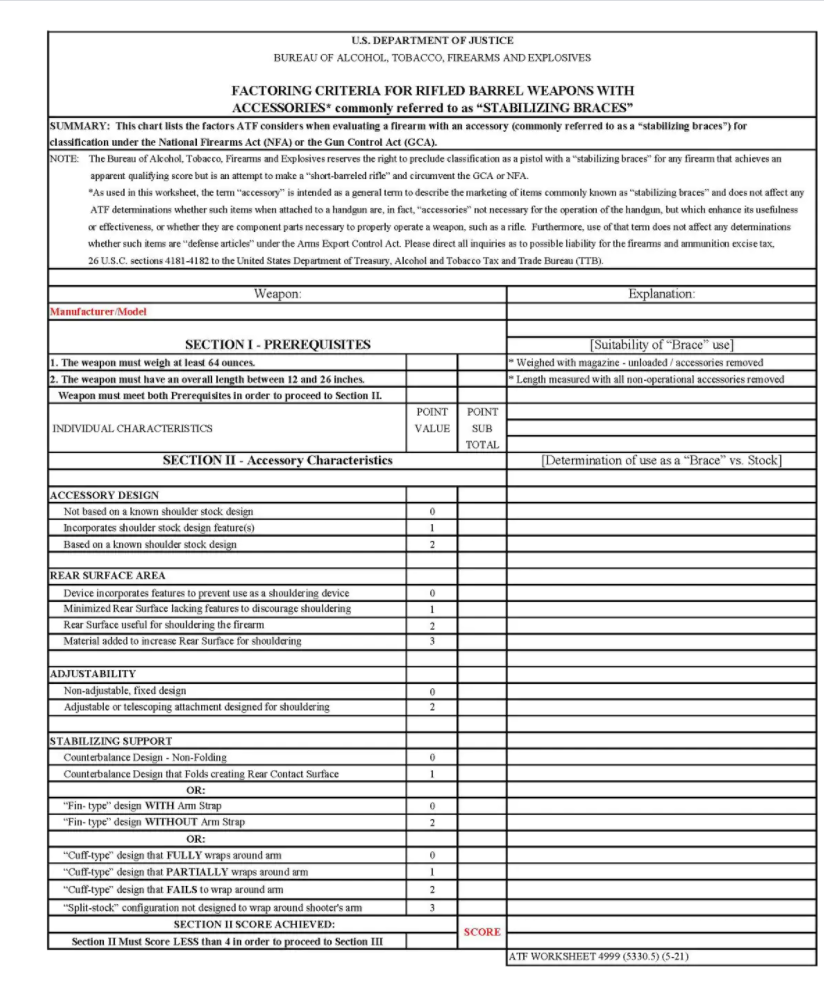 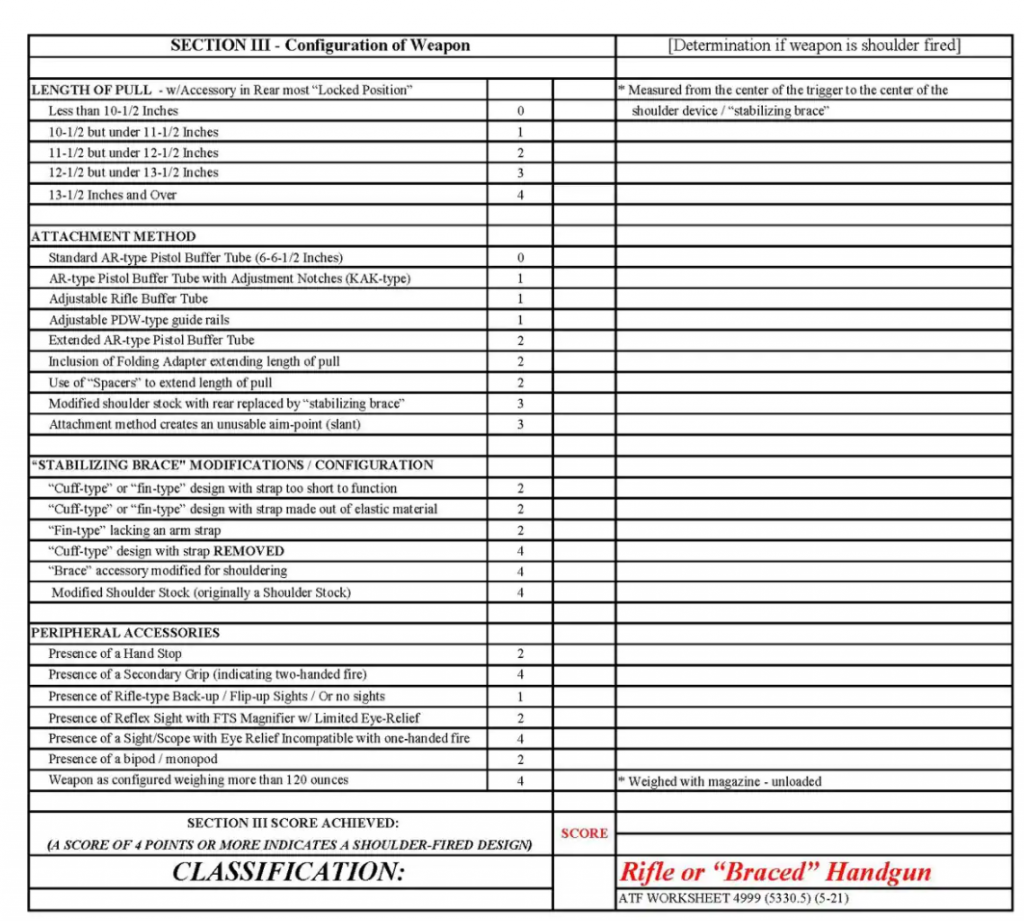 The new rule has no grandfather clause, if your firearm is now an SBR it would be advised that you file the proper paperwork and pay the fee regardless of how you feel about this new rule. Owning an SBR without the proper paperwork will result in prison time and massive fines, you could also turn it over to the government.

While this new rule is only a proposal it is likely that the Biden Administration, which is loaded with anti-2A advocates, will force this rule through. That being said citizens will be able to express their concerns over the new rule during the 90-day period for public comment, we will inform our readers when this period starts so stay tuned!

Click here if you want to leave a public comment. Comments that are vulgar or comments that disregard the topic completely will not be considered. Leaving a comment here might not prevent this rule change from going through but it might in fact help 2A groups later down the line if this goes through and they challenge it in court.

40 Million Instant Felons from Law Abiding Citizens! Yeah this is going to get People Killed!

No reason to waste your time commenting. They have already decided that is what they are doing no matter what you think.

The real problem here is not the new ATF proposal. When all is said and done, this may be the only honest proposal to come out of that body in years. It is the useless and silly law that makes an sbr into an NFA item that is the real problem. That is a matter not for the ATF but for congress to address and it should always have been. Years of dishonesty by gun advocates on one side and the ATF on the other about what can be the expected use of so called “stabilizing braces” has allowed them to become more and more like a stock with every incarnation. About this, there has been plenty of dishonesty to go around concerning these items on all sides. When enforcement of any law becomes based upon cognitive contortions because the law itself is stupid as is the case here, liberty in the end will always suffer just as it is about to here. Only a moron would ever conclude that these “accessories” will not be used against a shoulder if an appropriate surface is available for support of the ass end when the firearm is discharged. Politics aside, the ATF is finally enforcing with some honesty what have long been its own rules, like it or not. It has been the ignoring of the obvious in the past by the ATF and lying about it by gun advocates who have been satisfied to allow the ATF to legislate rather than taking issues like these to our real legislators that has brought us to the uncomfortable place where we are today. Those who want to complain about this directive now when the ATF finally does it’s job with a shred of honesty, no matter what we believe are their motives, are very late to the game when congress should have been encouraged to address this stupidity long ago and when those bodies were somewhat friendlier to our cause.