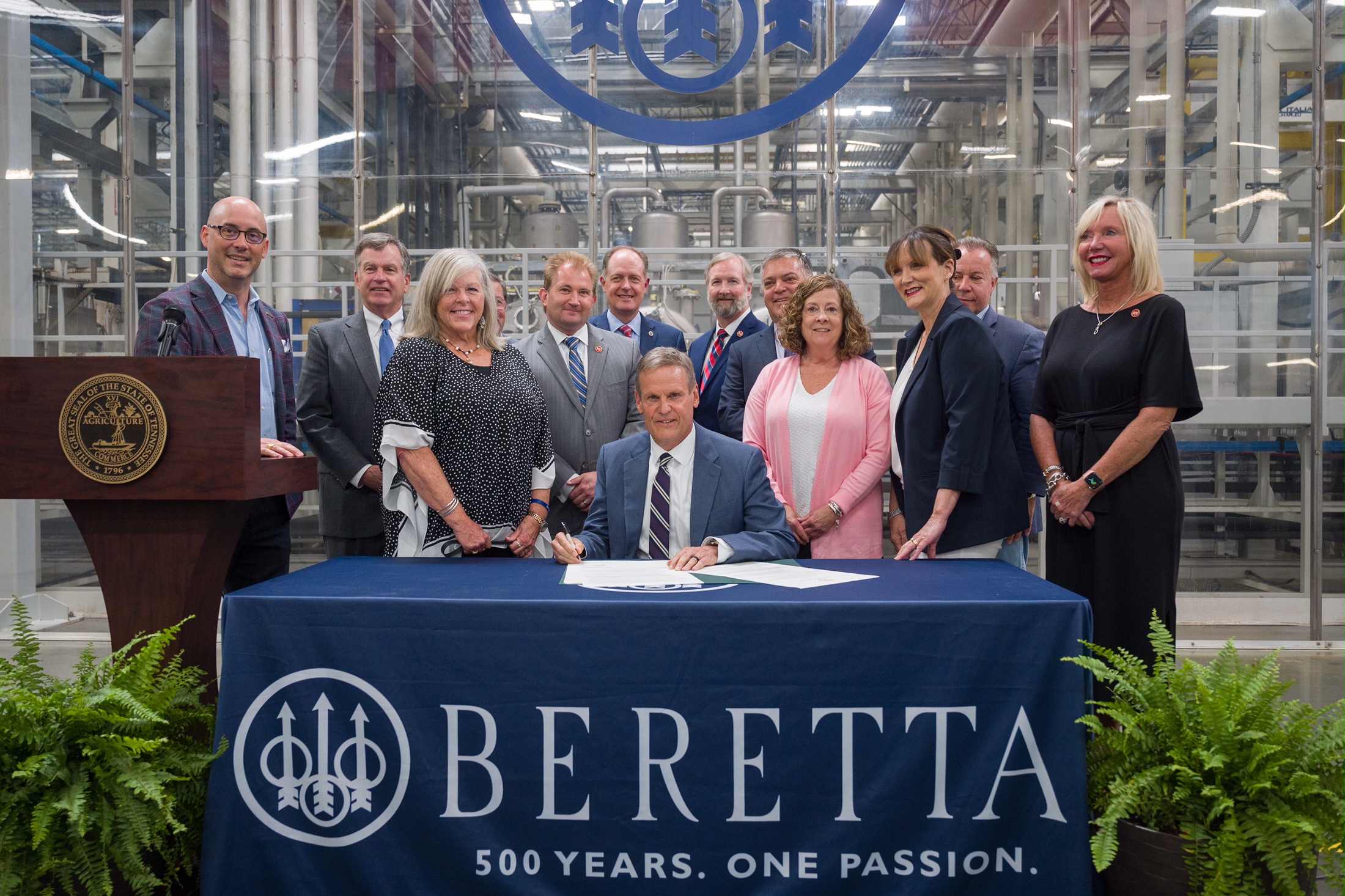 Tennessee Governor Bill Lee took a visit to the Beretta Plant to conduct a ceremonial signing of the Constitutional Carry legislation pro-gun Tennesseans have pushed for in recent months.

Proud to be at @Beretta_USA to sign our constitutional carry bill today. This legislation is a win for law-abiding Tennesseans, public safety, & #2A rights. Constitutional carry is long overdue in our state, & I’m grateful for our partners in the General Assembly. pic.twitter.com/M053PjBcSy

The new bill will enable the state’s residents to carry both open and conceal if they are over the age of 21, or the age of 18 if they are a service member, so long as they have not recently been convicted of misdemeanor stalking or received a DUI. Included in this legislation is a change to the punishment for those who steal firearms, if you steal a firearm in the state you will be charged with a felony not a misdemeanor as you would have been previously.

The bill was initially given approval by the governor in April after it was passed by the House and Senate by extreme margins. The bill will go into effect come this July.

As for the reason this ceremonial signing was conducted at Beretta’s plant, Tennessee officials have been pushing for the state to become a top choice for gun manufacturers that are fleeing other states. Governor Bill Lee has already welcomed several companies to the state including Troy Industries.