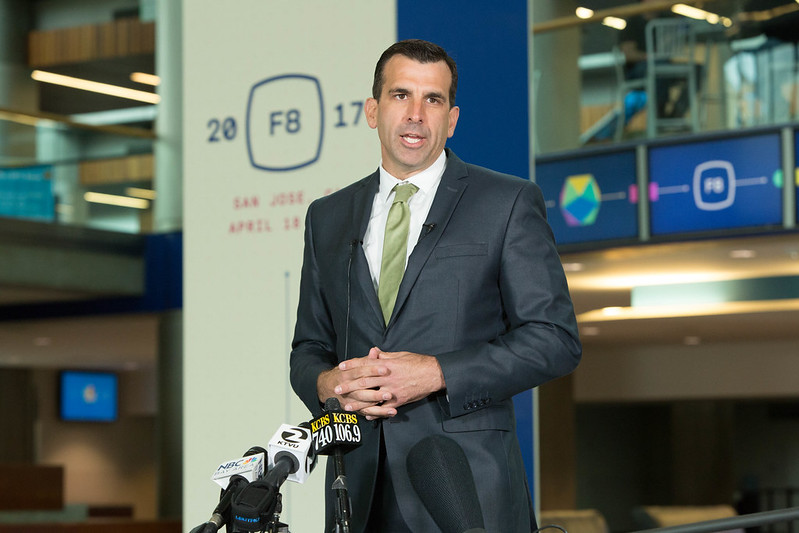 San Jose Mayor Sam Liccardo is opportunizing off of a shooting at a railway in order to push more gun control, the big push this time is making liability insurance a requirement for gun ownership.

With the Supreme Court firmly in the hands of conservatives, many gun-grabbing politicians feel they can not just outright ban guns, although that hasn’t stopped some of them, so they have resorted to more convoluted ways of stripping the peoples right to keep and bear arms. Mayor Sam Liccardo of San Jose has cleverly crafted a new plan, where gun owners will be required to have liability insurance in order to own a gun.

Mayor Liccardo first proposed this idea back in 2019 but was swiftly shut down, he is now banking on the recent tragedy in his area to pass this legislation.

From the San Jose Spotlight:

Liccardo is suggesting San Jose require gun owners in the city to carry mandatory liability insurance for weapons or pay an in-lieu fee to compensate taxpayers for the “public costs of firearm violence.” He likened it to smokers paying higher taxes for cigarettes or to car insurance companies rewarding safe drivers.

The idea from Liccardo, which was recently proposed by professor and San Jose-based attorney Michael Vargas in an op-ed for San José Spotlight, comes two weeks after three people were gunned down at the Gilroy Garlic Festival. As Vargas pointed out, many states have considered requiring gun owners to carry liability insurance over a decade, including California in 2013. But that bill passed the California Legislature only after the liability insurance language was stripped out.

But if a local ordinance is adopted by San Jose lawmakers, the Bay Area’s largest city would become the first in the nation with such a law. Liccardo said he’ll work with other mayors to encourage them to pass similar legislation.

“A mayor doesn’t have the luxury of just offering ‘thoughts and prayers’ — we have to solve problems,” Liccardo said in a statement. “While this is far from a complete solution, it is something we can do to reduce the harms of firearms, without waiting for Congress to take action.”

This push, like many others from the gun grabbers, is designed to keep guns out of the hands of working-class Americans. This insurance requirement for gun ownership is designed to make those who can not afford the insurance criminals for possessing guns.

This law is similar to the tax stamps you can get for machine guns and suppressors. They do not bar you from ownership of these things, they just ensure that most Americans can not get them.

Taxing a Constitutionally protected Right is INFRINGEMENT. That’s all Insurance really is, and additional Tax.

Liccardo, like many Democrats doesn’t understand the concept of Business or INSURANCE. Insurance doesn’t cover INTENTIONAL ACTS….if somebody uses a gun and shoots somebody intentionally there is NO INSURANCE POLICY THAT WILL COVER THAT!. Insurance is intended to cover things that are accidental, and not caused intentionally. If you hit somebody with a golf ball in the course of playing a round of Golf, it’s conceivable your Insuraqnce company will offer you coverage…if you intentionally beat somebody to death with your 7 iron, there is NO COVERAGE…….so as usual we have Democrats offering a “solution” that isn’t feasible…kinda like Ocasio Cortez and her Bridges over the Ocean so we could eliminate air travel. Liccardo is no better

What a snake in the grass ! Dirty SOB!