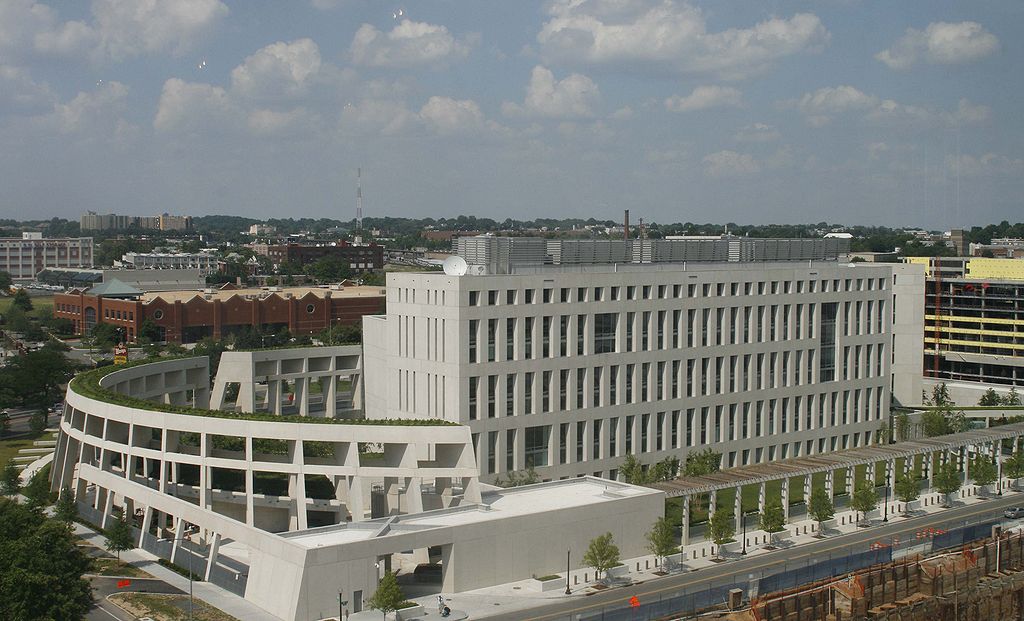 Photo of the ATF Headquarters / dbking via (https://creativecommons.org/licenses/by/2.0/deed.en) Wikimedia Commons
May 21, 2021 By Full Mag Staff

The Bureau of Alcohol, Firearms, Tobacco, and Explosives has put out a press release detailing its new rules about what constitutes a firearm under the law. This means that citizens, both those who are for guns and those who are against guns, are going to be able to comment over the next 90 days.

Here is a summary from the ATF about the change:

The Department of Justice (“Department”) proposes amending Bureau of Alcohol, Tobacco, Firearms, and Explosives (“ATF”) regulations to provide new regulatory definitions of “firearm frame or receiver” and “frame or receiver” because the current regulations fail to capture the full meaning of those terms. The Department also proposes amending ATF’s definitions of “firearm” and “gunsmith” to clarify the meaning of those terms, and to provide definitions of terms such as “complete weapon,” “complete muffler or silencer device,” “privately made firearm,” and “readily” for purposes of clarity given advancements in firearms technology. Further, the Department proposes amendments to ATF’s regulations on marking and recordkeeping that are necessary to implement these new or amended definitions.

The ATF is getting to hold their cake and eat it too in this rule change. The new rules will go into effect and the old rules will also remain in effect, this will require gun manufacturers to follow both sets of rules. Why is this an issue? These changes mean that the ATF gets to cast a wide net and firearms that are nowhere near complete will be considered complete.

The new rules are also extremely vague, this means that gun manufacturers and hobbyists will have a hard time navigating the legal space involved with making firearms. This is a major issue because the penalty associated with violating the ATF’s rules is federal charges. Pro-2A groups are already preparing to take on the ATF over these proposed rule changes.

Want to leave a comment? Click here to go tell the ATF what you think about the proposed rule change.

The ATF has Gone Rouge Along with the rest of the Government!

Gone Rogue? They’ve been rogue since at least 1992 when they murdered a mother holding a baby.

That kill was made by a supposed sniper with a scope at a distance of 100+= yards. He later claimed he did not see the baby she was holding. I am a DAV sniper/instructor from the US Army (Ft. Benning and Vietnam) and that man is a total liar.

100 yards he should have been able to see a birthmark,!

At least the ATF has not tried to overthrow Trump yet,,, But ignorance shows its early !

Some more Democratic B S. Just another Illegal attempt at “Infringing” (VIOLATING) The Constitutional RIGHTS Of American Citizens. What Part Of “SHALL NOT BE INFRINGED.” Don’t They Understand ? They Should ALL Be CHARGED WITH THE TREASON THEY ARE COMMITTING BY VIOLATING (OR ATTEMPTING TO VIOLATE) THE CONSTITUTIONAL RIGHTS OF ANY AMERICAN CITIZEN .

Communists and socialists NEVER freely release their terroristic grip on power. Is our only hope the destruction of the nests of evil that many of our larger cities have become in the coming nuclear war with China?

They understand. They just don’t care.

It is obvious that many governors are going with this crap or there would be more outcry for a constitutional change meeting to stop this BS while we still can.

Communist don’t understand Constitution , bill of rights and freedom,,,,at least until they are no longer of value to the communist government. Then maybe they will learn.

More liberal idiocy by the left. and unconstitutional at that, u can’t tell us what we can make and not make, there are gun enthusiasts every where that make there own,get a life.

We watching a communist take over of the US, resulting in a ruling class of elites, backed by a well rewarded bureaucracy, such as the system keeps the Chinese people under the thumb of the party.
God sent us a warning, in the form of the deterioration of major cities like Chicago, run by lying socialist elites. Now these vermin wish to take control of the rest of the country.
Hitler had a very effective bureaucracy, which allowed him to hold power until Germany lost the war. Hitler’s bureaucracy disarmed the people, and sent those, including large numbers of Jews, whose property was seized, to the death camps.
While we do need the police, should the next American, not Chinese owned, President terminate the upper management of most of the Federal agencies?

Hate to say it but the majority of police will follow orders from the mayors and stop you in the event of a movement to regain our Republic.

It is not their say as to what is a firearm and what the 2nd Amendment means to Americans. BS

I really dont care what kind of bogus laws they come up with, I will not obey them

Careful what you post. The Biden admin is already seizing individual weapons one at a time. Know of several people between CA to Texas. One reason was due to bump stocks. Big brother is watching.

Rules, regulations and mandates written by bureaucrats are not valid constitutionally compliant laws and I consider them – along with Executive Orders, null.

Even King George 3rd was a conservative compared to the behemoth government we have today.

This entire “administration” is like being tied to a chair and watching a toddler play with a loaded pistol! Time to focus on taking it all back….this BS they’ve perpetrated is unsustainable.

Corrupt as the FBI,CIA,DOJ. and the rest of hidenbiden’s government, no thanks.

yes the super rich have bought off these politicians, almost all of them. This is “The Biggest Dog and Pony Show” this country has ever seen. If there is a fuuny part of all of this it is these people that support all of this cr.p, you know blm, muslims, gays, the idiot whites, will all be the first to suffer as is common with the dupes that have been used through out history once the dictator really gains power.

Go to the ATF SITE AND LET THEM KNOW WE ARE AGAINST THE CHANCE TO DEFINITIONS . If they get enough messages they will not make these changes.

Since when do murderous, criminal, insane people care about changes in the law? This has been pointed out hundreds of times – but to no avail. So who are these changes in laws aimed at? Our own law abiding citizens, businesses! Would these government geniuses consider that the transporters of illegal aliens and the sellers of child prostitutes will now have a new market to exploit? DUH!

They all forgot what their jobs are about – LIKE TAKING CARE OF THE AMERICAN PEOPLE AND DEFENDING THE CONSTITUTION!!!!!

Does noone remember what happed in Europe when hitler took them captive, they got records and went door to door collecting weapons

The rules kneed to be simple and not defy the constitution.

To ATF’s, leave the Firearms policy alone!!! This is a right our citizens have under the constitution! If you want to change a part of the law then change the tobacco and alcohol rule. Tobacco and Alcohol has killed more people than fireman’s! It is clear you liberal representatives want to change our constitution and take the people’s liberty away! Just follow the law…LEAVE IT ALONE!

Seems ATF’s goal is to serialize each screw, spring, hammer, sight, sight battery, magazine and on and on. Once serialized, all these teensy parts will need to be registered. It’s the extreme edge of absurdity. They also seem not to have ever looked up the word “infringe” as in “…shall not be infringed.” This needs to be nipped in the bud with universal non-compliance.