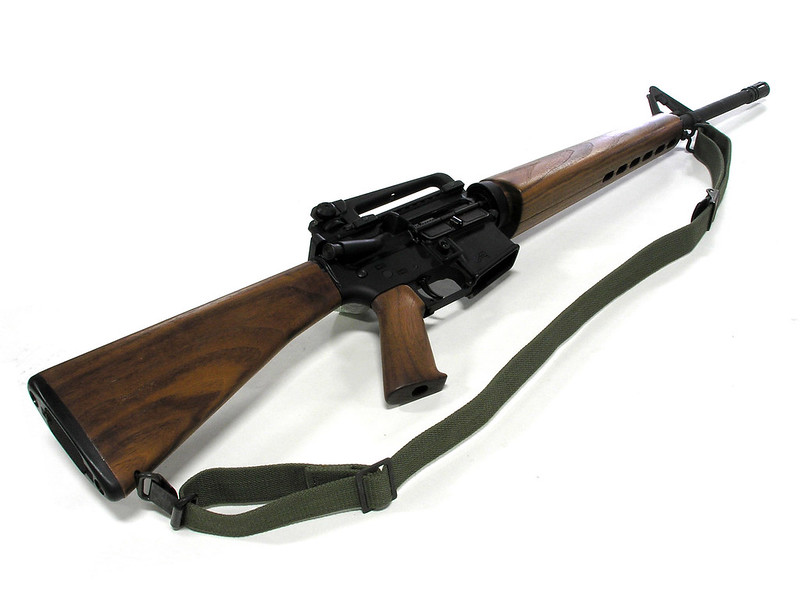 A new bill on Capitol Hill would raise the minimum age to buy a rifle from 18 to 21.

H.R. 3015 was introduced in the House this week, the measure seeks to raise the minimum age to buy a rifle from 18 to 21.  The bill is sponsored by Rep. Anthony Brown (D-Maryland).

While the text of the bill is not yet publicly available, the title unambiguously says it will “prohibit a Federal firearms licensee from selling or delivering certain semiautomatic centerfire rifles to a person under 21 years of age, with exceptions for active-duty military personnel and full-time law enforcement officers, and for other purposes.”

Currently, while individuals can buy long arms such as shotguns and rifles at age 18 in most states, explosives, handguns, and NFA items such as suppressors are restricted to those aged 21 years and older.

Brown filed similar legislation last session with the support of national anti-gun groups, arguing at the time that “an 18-year-old who cannot legally purchase a handgun can legally purchase a military-style assault weapon – that’s a dangerous, outdated loophole in America’s gun laws.”

The proposal would move the threshold age for legal rifle purchases to 21, the bar set for modern pistols and revolvers under the Gun Control Act of 1968. Currently, in the U.S., 18 is seen as the age of adulthood by most factors, including entering the military without a parent’s waiver, registering to vote, buying cigarettes, and getting married. Until 1984, it was legal to drink at age 18 in many states, a factor that only changed after legislation was enacted to penalize states who did not voluntarily raise the minimum drinking age to 21 by threatening to carve out federal road funds.

If this were to pass, we would have young people who could go to war with fully automatic weapons who would then come home and be unable to buy a semiautomatic rifle.

Interestingly enough the same party that has advocated for this legislation also advocates for lowering the voting age. They believe young people are responsible enough to determine the future of the country and drive a ton of steel around at high speeds but not responsible enough to own a rifle.

It’s OK with politicians to send 18 yr old’s to die in other countries? Then they the 18 y.o’s should be able to purchase firearms.

As communism and socialism never work, the typical result is to create a foreign enemy to blame or to blame a successful minority group, who can be stripped of their wealth. Disarming the public is a critical step in suppressing descent, as we see done in China and Venezuela.
It easy for the army or police to slaughter protestors, when the people have been stripped of weapons.
The power mad psychopaths, who use the lies of socialism to achieve power, are terrified of the people that they have enslaved, as were the Spartans in ancient Greece. It never really changes.
Vermin fear us.

I guess the democrats believe they’ve already collared all the criminals. Perhaps we now have too many democrats.

WE THE PEOPLE (aka SILENT MAJORITY) have had countless opportunities to have stopped this nightmare, but we chose instead to give the DEMOCRATS what they expected of us, to REMAIN SILENT! Thus, making us equally complicit in the fraud perpetrated against United States Americans!

Isn’t it time you actually did something, took action? How much more damage needs to be done?

I strongly urge everyone who reads this to PICK UP THE PHONE and call your REP in DC and DEMAND NANCY PELOSI BE REMOVED FROM OFFICE ABUSE OF POWER and NOW, INSIDER TRADING! Can we seriously sit back, do nothing, and allow this vile, evil person to continue her senior role in destroying our country and stripping us little by little of our constitutional rights?

People should write these numbers down and use them frequently even if you don’t think your elected officials listen, they are required to note your comments for the permanent record in their caller database for anyone to see.

One call per rep!