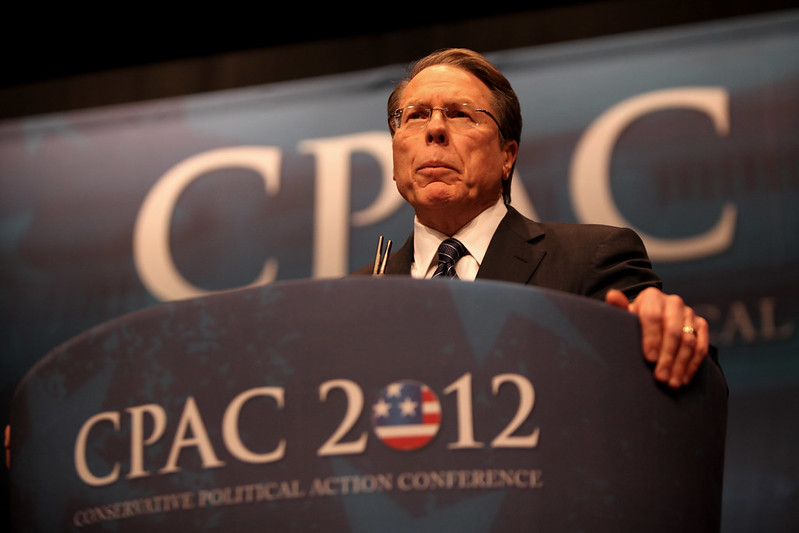 A federal judge dismissed the NRA’s attempt to declare bankruptcy. This gives New York authorities the ability to take down the organization in the state.

DALLAS — A federal judge on Tuesday dismissed the National Rifle Association’s bankruptcy case, leaving the powerful gun-rights group to face a New York state lawsuit accusing the NRA of financial abuses and that aims to put it out of business.

The case was over whether the NRA should be allowed to incorporate in Texas instead of New York, where the state is suing in an effort to disband the group. Though headquartered in Virginia, the NRA was chartered as a nonprofit in New York in 1871 and is incorporated in the state.

Judge Harlin Hale said he was dismissing the case because he found the bankruptcy was not filed in good faith.

His decision followed 11 days of testimony and arguments. Lawyers for New York and the NRA’s former advertising agency grilled the group’s embattled top executive, Wayne LaPierre, who acknowledged putting the NRA into Chapter 11 bankruptcy without the knowledge or assent of most of its board and other top officers.

The NRA has been buried by controversy for several months and their attempt to declare bankruptcy in New York and reincorporate in Texas was seen as a last-ditch effort to save the organization. New York Attorney General Letitia James argued that the case was an attempt by leadership at the NRA to escape accountability.

I’m a life member of Gun Owners of America as well as the NRA so even if the NRA is distracted or sidelined, GOA is still going to be there fighting in Washington.

The hatred of conservatives and their organizations is vicious and runs deep. We may never know if LaPierre is guilty of anything but Oliver North firmly disapproves of him. Regardless, I must assume that none of the NRA principals have personally guaranteed the organization and probably aren’t entitled to any its assets.

I’d guess they’re way ahead of any ordinary members like myself and have well planned exit strategies. I hate to see the likes of Cuomo and other New York vultures gain the upper ground on a 150-year-old organization that until now has served the nation honorably. If the nation crumbles, the NRA won’t belong anywhere anyway.

As a postscript, I’d like to hear from an NRA lawyer on how best to escape from New York.

Typical New York con artists, sticking their fingers into other peoples pockets to enhance their own lifestyles. Democrooks, one and all !!

They will do ANYTHING to take control of our lives.

Ironic isn’t it? New York’s perennial and colossal corruption, headed by the likes of Andrew Cuomo, suing the NRA.

Why do liberal hate an organization so much that was formed so blacks would have the right to own guns?

One more reason to leave NY…it’s full of goddammed-libturds, and it’s terminal.It’s OK to kill babies(mostly black) thru Planned Parent-hood & or even, ‘grandpa & grandma’ stuck in old-folk’s homes…but it’s not OK to practice your Second-Amendement, rights?

This judge should be tarred and feathered. And then, shipped off to Guantanomo Bay, Cuba, for an extended stay. Of course it is true that the latter day NRA is less pro 2nd Amendment than the old NRA – which was a MUCH more pro American organization. They HAVE gotten too acommodating to the leftist drivel, which is why several other pro 2nd organizations have appeared recently in the US.