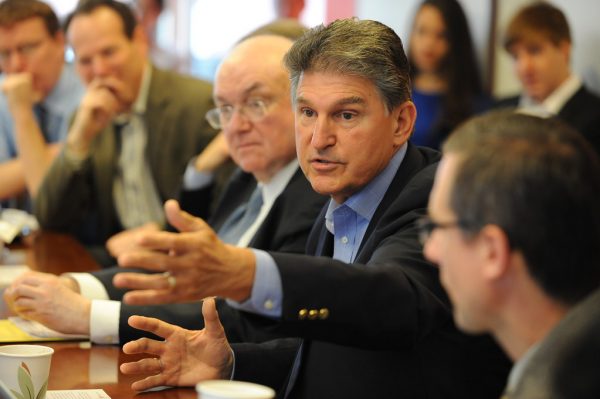 With Democrats in control of the U.S. Senate by the slimmest margins possible, West Virginia’s Joe Manchin wields a disproportionate amount of power capable of either shepherding the Biden agenda through the legislative process or bringing it to a screeching halt. For at least the next two years, his constituents, arguably the most conservative in the nation, will watch closely.

While Manchin successfully won reelection in 2018, his recent comments to CNN’s Jake Tapper about gun control may haunt him when he runs again in 2024.

Speaking on the network’s “State of the Union” Sunday show, Manchin was asked by Tapper if he would back a ban on modern sporting rifles, but the senator avoided giving a straight answer in response.

“There has to be responsibility in gun ownership. I’m not going to eliminate people having their gun,” Manchin responded. “They shouldn’t be scared to death of Democrats on their Second Amendment, taking their guns away. … So no, we’re not going to take people’s guns away, but there is things that we should not have in people’s hands.”

Sorry to burst Joe Manchin’s bubble, but “we’re not going to take your guns away, but there are some guns that you shouldn’t be able to have” isn’t going to inspire any confidence in gun owners.

If I had to read into Manchin’s comments to divine his intent, I’d guess that right now, anyway, Manchin’s either leaning towards backing Joe Biden’s plan for a ban on so-called assault weapons or tweaking Biden’s proposal slightly to allow for existing gun owners to maintain possession of their rifles. Under Biden’s plan, existing gun owners would be required to either turn their guns over to the government in exchange for an undetermined cash stipend or register their modern sporting rifles under the National Firearms Act.

No. NO. NO!
You will never take our firearms.
Those who try will be faced with the beliefs and philosophy of those hero’s of 1775.

Further evidence of what I’ve said for years–there are no moderate Democrats. They only pretend to be such until they get elected; then, they go along with the liberal Democrat agenda.

You are playing with FIRE.

He should heed the comment by Admiral Yamamoto, who said that Japan would not Invade the US because their was a Rifle behind blade of Grass. That is still true Today, except now they are Semi-Auto and not single shot Bolt..